Meet the man behind the short film, “The Prism”, a story of determination in the face of hardship.

Meet Matthew Quek, a singer, songwriter, actor, producer, Special Educational Needs (SEN) Counsellor, educator and most recently, an Executive Film Producer. But before achieving his success, he lived a life of adversity — due to complications during his birth that affected his brain’s left hemisphere. This led to him having Dyslexia, Developmental Coordination Disorder (DCD) / Dyspraxia, Dyscalculia and Asperger’s, which falls under Autism Spectrum Disorder (ASD).

Throughout his schooling years, Matthew had attracted unwanted attention of unremitting bullies. He was also a victim of ignorance, due to the lack of empathy and knowledge others had regarding SEN. It was only when serving the mandatory National Service (NS), when he was diagnosed with having SEN, that he discovered why he always seemed so “different” from his peers.

“The only silver lining in my life has been my loved ones who never gave up on me, and not to mention my wife, An-Dian, who was featured as a character in my first film, “Unbroken”. My parents and sister were also very understanding and supportive of me, despite my struggles. They always told me that my character and the motivation of my heart was far more important than all the distinctions, and accolades one could get.”

Through all of these, he sought solace in his family, paying tribute to his wife, sister, and parents for their unwavering support through hardship. He also credits certain outstanding teachers for their kindness and impartiality, inspiring him to eventually become an educator himself.
The Prism

Drawing from his experiences, and with the COVID-19 pandemic still persistent, Matthew was inspired to produce a film that highlights the struggles and daily challenges that caregivers of children with SEN continue to face during these tumultuous times, such as unemployment, retrenchment, discrimination, and mental health challenges. The film was named “The Prism” as he strongly believes that by developing and nurturing one’s moral compass, one can mature as a person for the better.

The film would also carry a simple message: “The true worth of a person is what’s in the heart rather than in one’s accomplishments.” With funding support from MCCY’s Our Singapore Fund (OSF), as well as SG Enable’s Enabling Lives Initiative that is supported by Tote Board, Matthew set out to communicate this vision through his film, and the rest is history.

After the film’s debut via Facebook live on December 3 and 4, 2021, many members of the public gave positive reviews, after gaining heightened awareness of the issues and challenges faced by caregivers of children with SEN, which has inspired them to play more active roles in cultivating genuine inclusiveness in our community.

Matthew Quek’s “The Prism” will be released on MCCY and SG Enable platforms from mid-2022 onwards. In the meantime, you can learn more and stay up to date with the film at https://www.facebook.com/theprismfilm2021.

The Prism was one of the initiatives co-funded by Our Singapore Fund (OSF). Have a great idea that that helps to meet community needs? Learn more about the grant and resources available to get you started: https://www.sg/oursingaporefund.

The social service professional is passionate about promoting cyber wellness in the community. 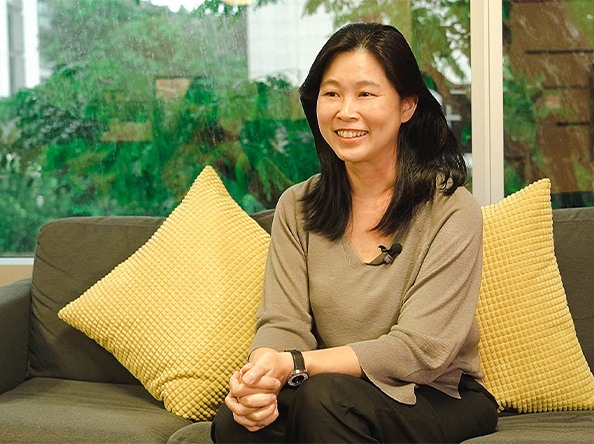 Weaving a stronger tapestry of support for families and individuals

Forward Singapore: Journeying Together Towards a Fairer, More Inclusive Singapor...

Learn how a common frustration on illegal parking brought a team together to come up with a creative solution. 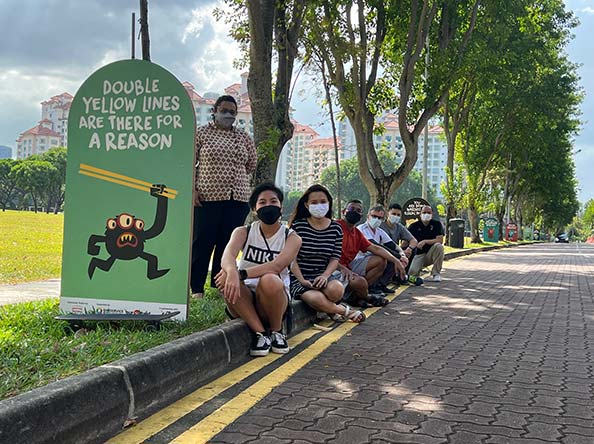 Read about Professor Lim Sun Sun's experience in being part of Sunlight AfA. Some say the neighbourhood’s not very exciting

Citizens on Patrol (COP) members Santosh and Ekta can go on for miles to help keep their neighbourhood safe.