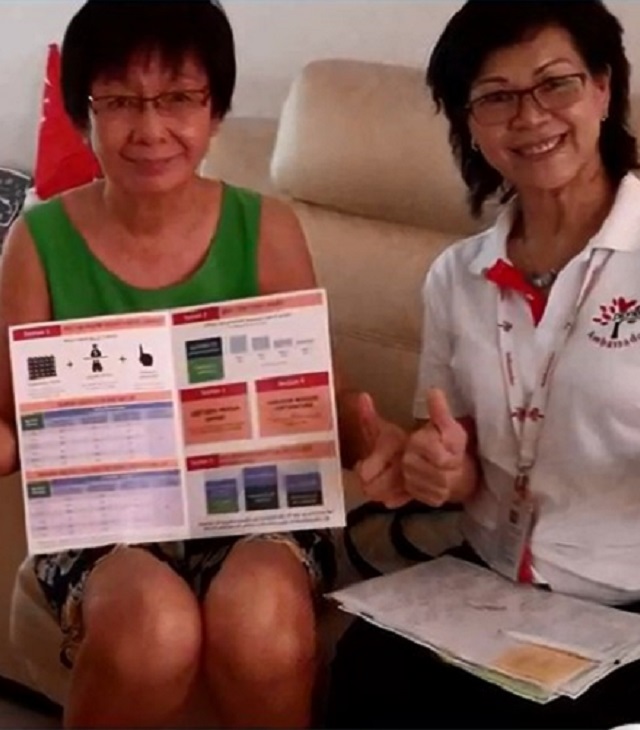 PGA as a Communicator

When our PGAs visited Mr Ng, 77 years old, the Pioneer expressed doubt that the PGP can help him with his medical expenses.

Nonetheless, our PGAs spent some time explaining the PGP benefits to him. After some persuasion from our PGAs, Mr Ng also showed them his recent medical bill. Our PGAs studied the bill and explained to him that because of the subsidies given by the PGP, his bill had been reduced to $56, from the original cost of $205.

Upon hearing this explanation, Mr Ng was happy and convinced that the PGP was useful.

Songs For The Soul

Joys of being a Befriender