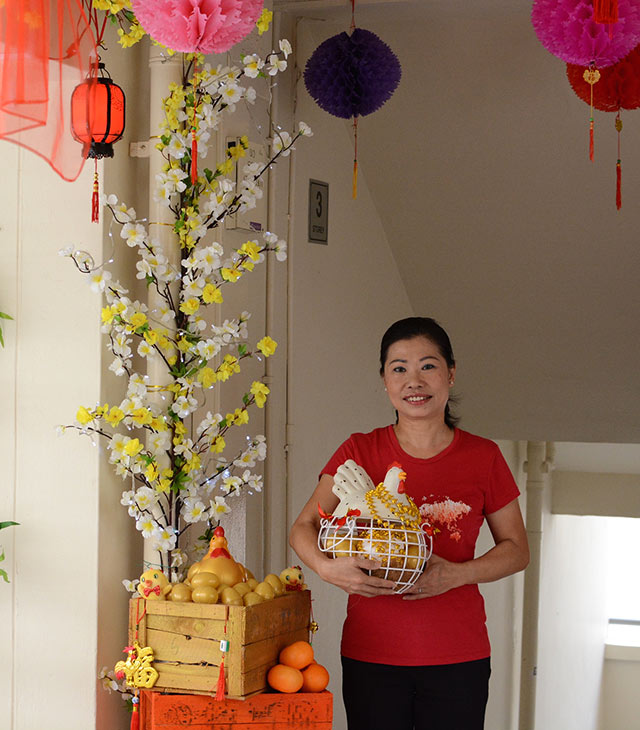 Decor from the Heart

At first, Ms Linda Cheng decorated for her son's friends, who would visit during Chinese New Year.

She put up paper lanterns. It was nothing elaborate, the 56-year-old said, but it was enough to keep them coming back.

Her late father, who suffered from dementia, loved the corridor decorations too. Traditional, zodiac-themed decorations seemed to stir up memories of the past.

“When my father visited, he insisted on sitting outside. I saw that he was very happy. This gave me motivation to do more,” Ms Cheng said.

So, she started buying flowers, lanterns and even stuffed toys to bring her ideas to life. She spends around $500 on yearly decorations. Last year, her elaborate set-up involved attaching toy monkeys to bamboo shoots.

On the Year of the Goat (2015), yellow and blue hearts – cut out from mats that she found in Malaysia – made the centrepiece.

Delighted by the efforts, her Malay neighbours started to help. “The husband would bring pails of water to wash the corridor,” she said.

“The children helped me clean. It felt good that there was no border line. We all help each other,” she added.

She uses extra flowers to create Chinese New Year decorations for her neighbour's door. One year, her neighbours posed with the decorations, decked in traditional Malay costumes. They lent Ms Cheng an outfit too.

“When they first shifted here, we didn't know each other well. After saying hello, I started to clean their corridor, since I was washing mine too,” she said.

“Because I did it willingly, I didn't expect them to help me. When they did, it was double happiness,” she quipped.

Ms Cheng, who is in sales, does shift work. Because of this, she puts up decorations in the wee hours of the morning.

She acquires decorations over time, even searching for materials when she's overseas. There are no drawn out plans. Ms Cheng says that her training in bridal makeup gave her a knack for matching colours.

For this reason, 80 golden eggs feature in her decorations for the Year of the Chicken. In addition to chicken figurines, she created a miniature coop, reminiscent of kampung days.

Ms Cheng said: “He loved traditional things. I have a pain in my heart but the decorations are a tribute to him. 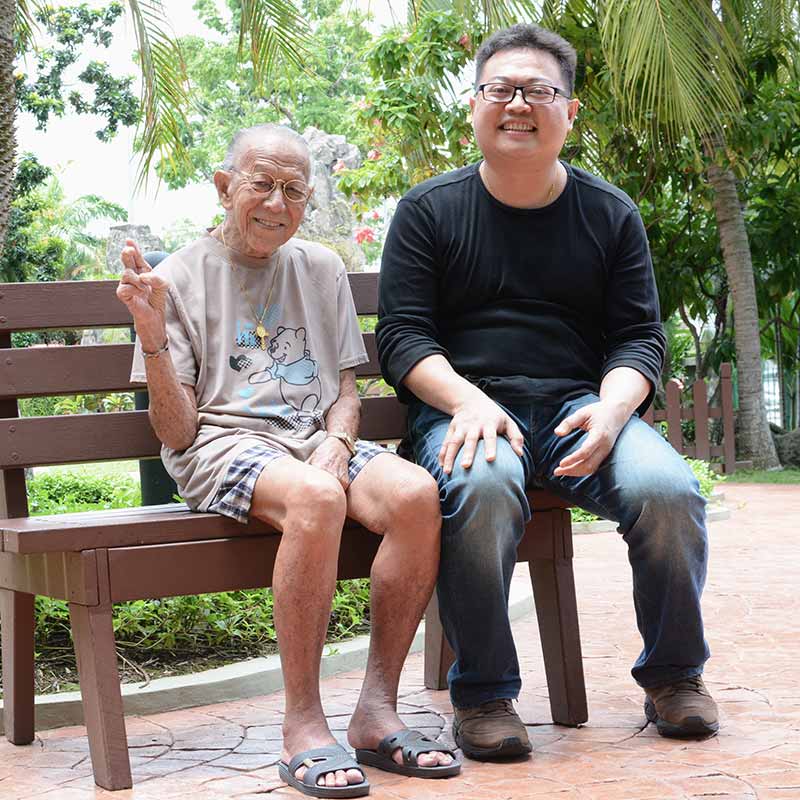