Sharing "hacks" on how to do Digital better “When SafeEntry first started, my mum asked me for a step-by-step guide on using SE-QR. I downloaded a QR scanner for her Android, taught her how to unlock screen, open the QR scanner, scan the QR code, fill in the details and then check in. Even after teaching more than 5 times, she just could not get the hang of it. She gave up and said she would use SE-NRIC instead. Two days later she called and scolded me for not suggesting a better way to SafeEntry. Her friend Doris, 70, at church had taught her how to put a SafeEntry widget as a shortcut on the lock-screen of her phone. She said it was so easy now. I was then forwarded a link from Shutterwhale, that was circulating in her seniors group Whatsapp chat, with a strong recommendation to try it myself.

Get started with similar
opportunities

Engaging in Conversations +
Helping the Community

Champion the cause for Lower wage workers

by being an SG Clean Ambassador!

Geeking Over Gadgets +
Helping the Community

Build a Digitally Inclusive Society for 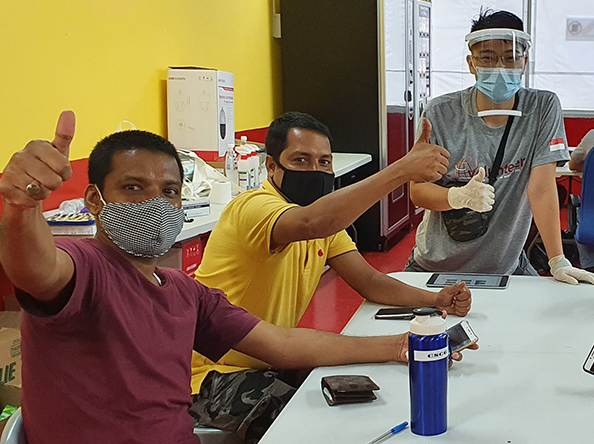 Helping our seniors stay safe during Covid-19.
Page link copied to your clipboard.