To some kids and parents, Si Hui and the folks at Glyph are more than a helping hand. They’re like family, supporting communities with an open mind.

Helping the Community
Glyph
Before Si Hui joined Glyph as an intern, she was on a mission trip in Cambodia when she realised she wanted to do more for the children she was seeing. “I can’t just visit them once a month,” she shares.

“The work I wanted to do had to be sustainable for the people, and that is Glyph’s main goal,” she speaks today as Glyph’s Senior Lead for outreach and sponsorships.

For her, Glyph isn’t just a social enterprise. It’s a symbol of strength and courage that have empowered members to change the way they support the community. Discover their story.

Lifting the community in more ways than one

It has been Glyph’s mission to combat the inequality around us; to level the playing field. For a start, they’ve made non-academic-based programmes  more accessible to less-privileged children.

On weekends, they host activities like coding, design-thinking classes, and field trips to Changi.

But ever since Covid-19 wrought new challenges upon the community, Glyph and Si Hui knew more had to be done.

“That was when we decided to push out two to three more initiatives,” she shares.

Helping through Fitness, Business and Food

Glyph Fitness is one new platform that connects at-risk youths to fitness mentors like personal trainers and athletes who want to give back and inspire. It’s a peer-to-peer initiative that reaches out to teens who may be harder to engage. Through sport, these teens are encouraged to step out their homes and get active, while building meaningful friendships with their new fitness buddies.

Then, there’s Glyph Concepts, an entrepreneurial effort aimed at helping fresh graduates struck by the current job market uncertainty. It serves as a social incubator where Glyph members encourage young and ambitious thinkers to come in, and incubate their business ideas. “We want to reintroduce entrepreneurship to graduates because they help make our economy more resilient and diverse,” she explains.

With food, the most important resource, the Glyph community has revived efforts to put meals back on the tables of families that have lost jobs during this distressing period.

“Many of these parents are cleaners and security guards. If they aren’t at work, it means they have no jobs. Our support is a way of assuring them, ‘Hey, food’s settled for the day, don’t worry about it.’” So far, several F&B partners and foundations have stepped forward to support in cash and in kind for these families.

"It’s spending time to mentor kids and the youth. These are the ways that would make things much more meaningful than just a one-off volunteering. Hopefully people will get more involved.

These efforts have touched the lives of their beneficiaries. Amongst many moments, one memory stood out for Si Hui. It was during Circuit Breaker and their usual check-in’s on the families that she received a heartfelt message from one of them. This simple gesture showed her that their care held value in people’s lives.

“Glyph has been what our sons needed to be—bold,” another mother of two shares. “Our sons have gone from being afraid to try new things to being leaders in their peer group.”

Beyond such sincerity, Glyph has seen older kids from the families they helped return as facilitators. “That’s the kind of initiative we wanted to see,” Si Hui says, “from those who’ve been through our program to give back to the community they came from.”

Hopes for the future

Ultimately for Si Hui, doing good or being an active citizen can go beyond the proverbial mission trip.  It’s about spending time and effort to understand a social enterprise’s mission and their goals. More importantly, Si Hui learns, “It’s spending time to mentor kids and the youth. These are the ways that would make things much more meaningful than just a one-off volunteering. Hopefully people will get more involved.”

You too can be involved at https://glyph.asia/ 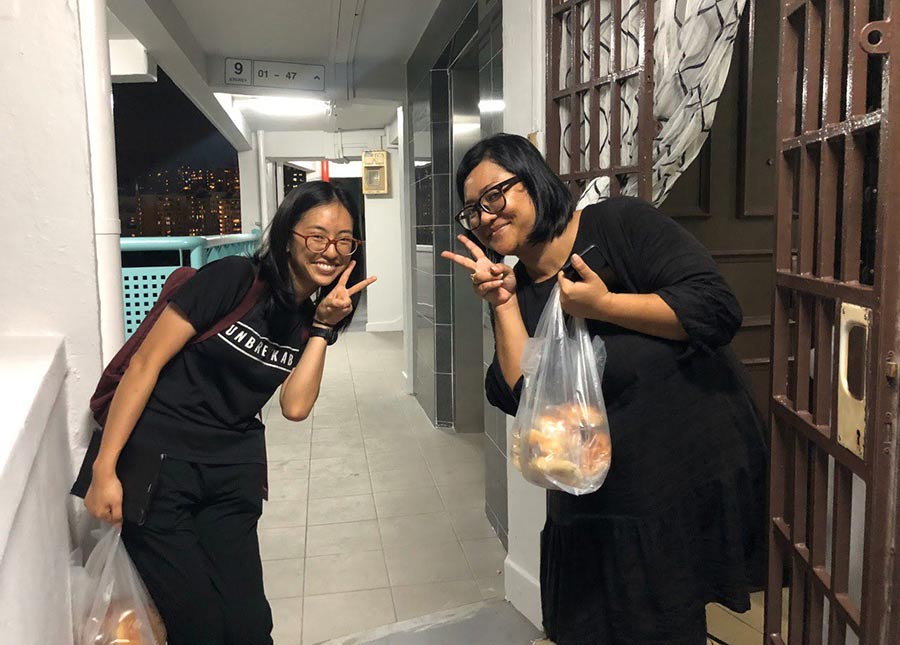 Get started with similiar
opportunities

Geeking Over Gadgets +
Helping the Community

Build a Digitally Inclusive Society for

Cultivate a Caring Community for

Seniors through a Meal Some say the neighbourhood’s not very exciting Paying it forward with kindness
View all stories
Page link copied to your clipboard.